Qualification for the 2024 Paris Olympic Games will take place in accordance with the published FIE document as agreed by the International Olympic Committee.

If, in a weapon, Great Britain does not have any athlete qualified through the team qualification or through the individual Adjusted World Ranking by zone, they can send one (1) athlete to participate in the European zonal qualifying event (see here for more information). The winner of the zonal qualification event will qualify for the Olympic Games.

All GBR athletes must still be selected and entered by the British Olympic Association, following nomination by British Fencing.

In advance of agreeing the nomination policy with the BOA, BF is publishing the draft qualification standards and selection routes for the zonal qualification event for consultation. Consultation responses should be submitted via the form here by 5th December.

If more than one (1) athlete reaches the qualification standard, selection from the qualified athletes will be based on the FIE World Senior Ranking. The 2nd highest ranked fencer will be selected as a reserve.

If no athletes qualify through Qualification Route 1:

Priority to athletes that would be seeded in the top 3 competitors of zonal competition.

The data shows that there is a strong correlation between the seeding (based on FIE Senior World Ranking) of an athlete and the likelihood that they will win the Zonal qualification event.

The selectors will take the FIE Senior World Ranking list and remove all non-European countries, qualified teams, qualified individuals, leaving only the highest ranked fencer in each remaining European country.

If a GBR athlete is in the top 3 of the list, they will be selected.

General considerations – unless illness, injury or pregnancy applies, athletes with birth year of 2002 or earlier should be aiming to achieve a minimum of a top 120 Senior World Ranking (T3 standard) if they wish to be considered for Discretionary selection under either route.

If no athlete qualifies, discretionary selection will initially focus on athletes with trajectories and ambition to medal at the 2028 and/or 2032 Olympic Games. Discretionary performance indicators will include

If no athlete can be selected using Discretionary Route 1. then consideration will be given to the individual performance records of athletes (at FIE events, within the preceding 12 months) against the other European fencers likely to attend the event.

If no athletes meet the qualification standards, BF reserves the right not to select.

Consultation Responses should be submitted via the form here by 1st December 2022.

Disclaimer – This news post is not the Selection Policy Document and is not intended as a replacement for that document. Athletes who wish to represent Great Britain, along with their coaches and parents are expected to read the final approved policies rather than rely on summaries and news post contents. No appeals will be permitted on the basis of the contents/interpretation of this news post. 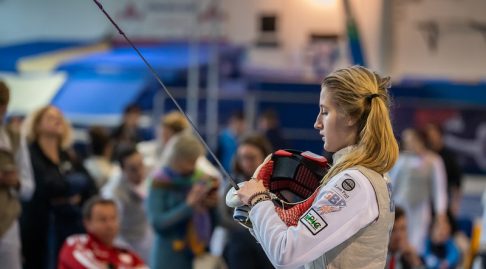