Alec Brooke takes the gold medal in the first EFC Epee event of the 2021-22 season, which took place in Budapest, Hungary.

Sixteen-year-old Alec Brooke, from Knightsbridge Fencing Club, won the Gold medal at the Cadet Men’s EFC Epee competition in Budapest at the weekend.

In a field of one hundred and forty-eight fencers, Brooke, starting the day as the European Cadet No 1, was undefeated after the poules winning all six first-round fights and positioning himself 7th for the elimination stages.

After a bye through to the last 64, he then met a tough opponent, Rashaida (BUL). The Bulgarian had previously placed 16th in the last European Cadet Championships in 2020. Alec battled through 15-13 to progress into the last 32. With a series of dominant performances that took him all the way to the final, he skilfully commanded the start of the fights and controlled his opponents throughout the matches. Alec swept aside Petkantchin (FRA) 15-6, Karacsony (HUN) 15-10, Brandberg (SWE) 15-2 and carefully battling his tricky semi-final opponent, Farkas (HUN) 15-10. 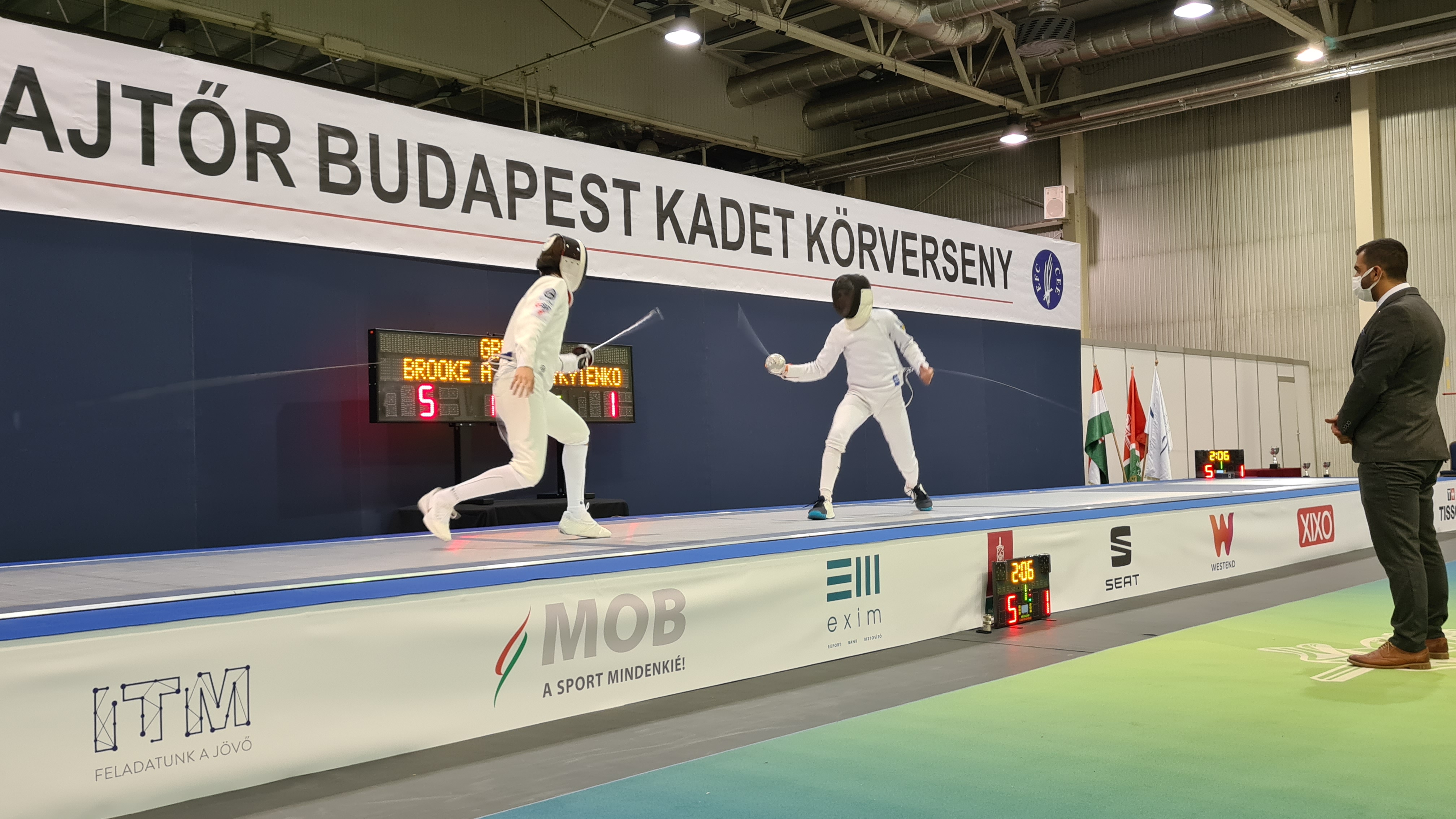 The final was against Maksym Mykytenko (UKR) and was executed in a similar form, with a strong start to take the lead 5-1, Brooke controlled the timing and distance with expert guidance from his coach, Tamas Kovacs, masterfully executing the tactic to win the final 15 -10.

Tamas, who has been coaching Alec since he was 5 years old, added, “Alec and I  were very excited for the restart of the international season. After the long covid break, we didn’t know much about the opponents but no one could surprise Alec as he was in top form. He managed to sort out the difficult situations with quality rhythm changes, which was the key to the gold medal today!”

Alec commented: “Budapest is a top-class tournament and it was brilliant to be competing in international competition again after such a long break. I’m now even more excited for the rest of the season.”

Full results for Budapest are here. 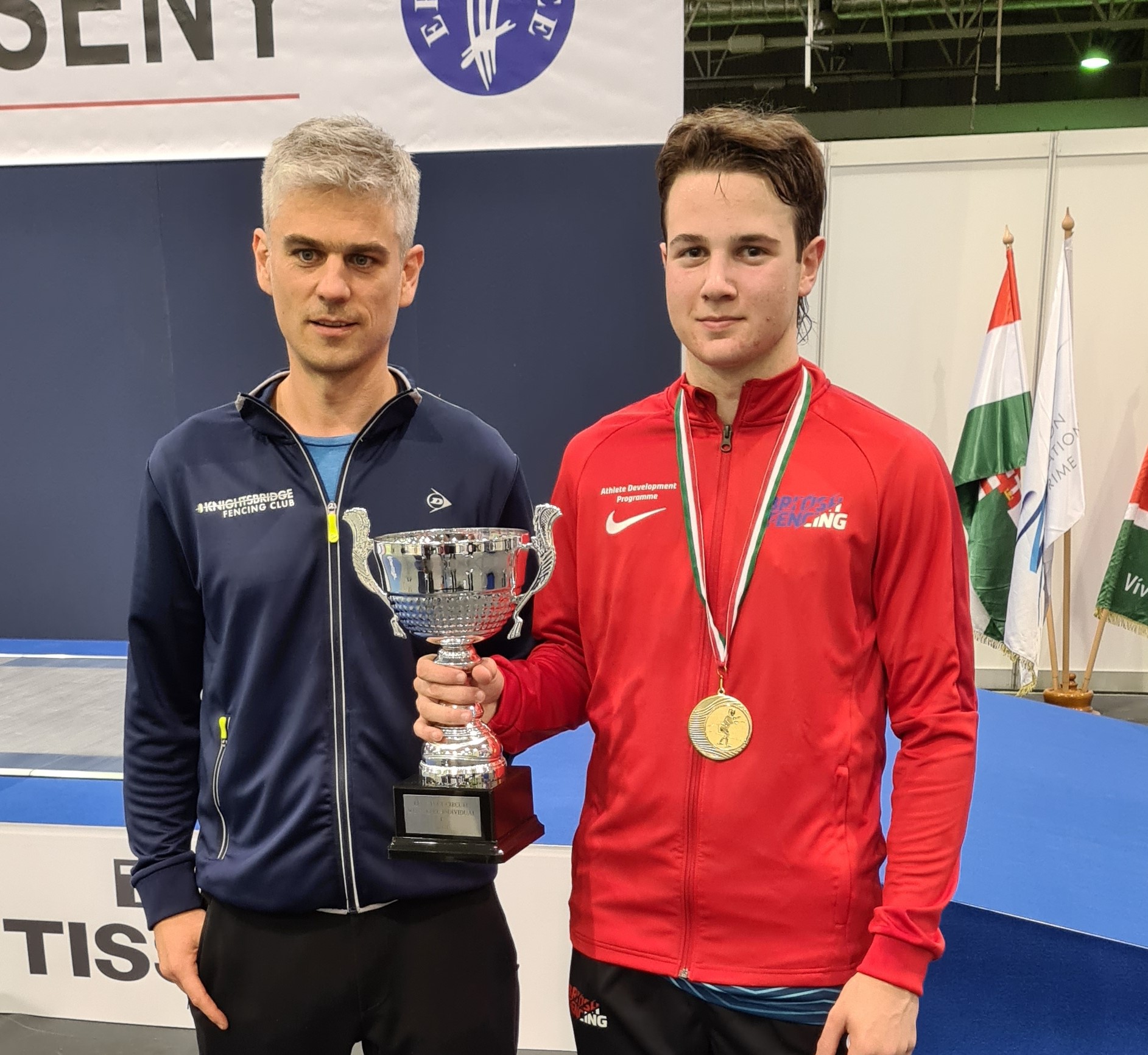 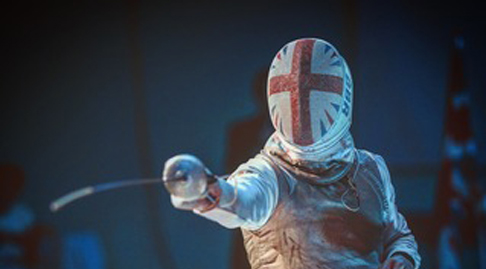 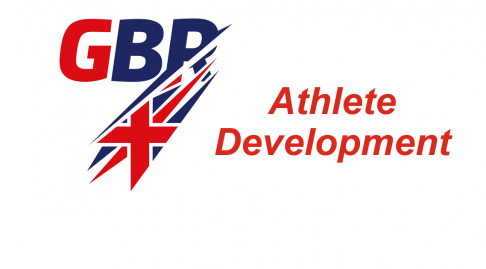