Sixteen year old, Jacob Foulsham of Redhill and Reigate Fencing Club, continued his impressive start to the season by claiming the bronze medal at the EFC Cadet Circuit Men’s Epee event in Grenoble, France this weekend.  Following on from his quarterfinal placing in Geneva earlier this season, this medal winning performance is his best to date.

Lining up in a field of 147, Foulsham began the day by winning three of his six first round matches, meaning that he went into the elimination stages ranked 66th.  There he beat Lopez Corazon (ESP) 15-13 before facing the number two seed (from the poule stages) and teammate, Isaac McKerr.  A close contest followed which Foulsham edged 15-13.  He followed that up with a 15-8 win against Aucouturier (FRA) and a 15-14 victory over Diane (FRA) to make the quarterfinals.

Facing his third French opponent in a row, Foulsham applied pressure from the start against Macarez and took a 9-7 lead into the break.  The Frenchman changed his tactics in the second period in an effort to fight back but Foulsham lured Macarez into attacking and picked him off with three clean stop-hits.  A double was enough to see Foulsham make his first ever international semi-final.

His opponent was Sven Vineis (SUI) who he had lost to in the quarterfinals in Geneva.  Determined to seek revenge, Foulsham started stronger than he had in Switzerland but still trailed 5-3 at the first break.  Sensing the need to chase the match, Foulsham felt the need to attack his opponent but, in the end, lost the match 15-7.

Vineis went on to claim the silver medal, losing to his teammate Ian Hauri in the final.  Julian Fuchs (AUT) shared the bronze medal position with Foulsham.

Speaking after the event Foulsham said, “I was determined to get a medal after beating Diane from France in my last 16 match.  I was delighted with the result but my semi-final shows that I have a lot of things still to work on.  It definitely feels like I am on the right track and my fencing has improved with the help of the training that I have been doing with my coach and at the Athlete Development Programme camps.  I’m looking forward to the rest of the season.”

His coach, Ian Lichfield added, “Jacob has missed the cut at the last two events at Grenoble before this result.  Nerves were a factor again this year, as he had lost three of his first four poule matches before winning the last two.  It was great to see him come through the mental battles as the event unfolded.  The GB squad and parents were brilliant in supporting him throughout the day and giving the biggest applause to him on the podium.”

Great Britain was also host to an international event this weekend, the Eden Cup.  This event is on the FIE Junior Foil (U20) series and featured events for both men and women.  May Tieu (USA) won the women’s event and Anton Borodachev (RUS) took the men’s title.  Great Britain’s best result came from Dominic De Almeida, who took a quarterfinal place in the men’s event. 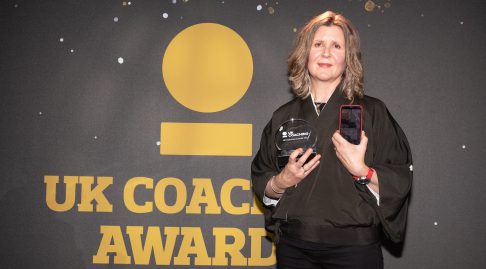 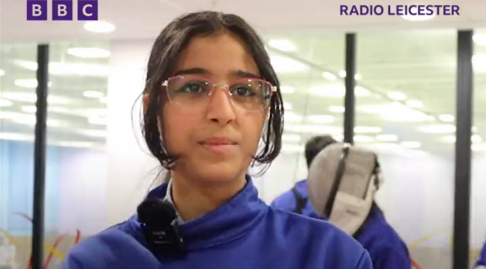 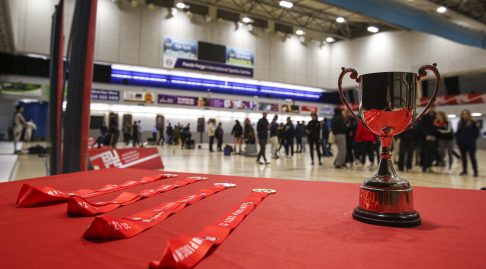