Kruse went into the competition ranked fourth in the World meaning that he had a bye through qualification day.  He had to beat teammate James-Andrew Davis in the quarterfinal – a draw that confirmed that a British fencer would win a World Championship medal for the first time in a generation.  Kruse went on to beat Spanish World number 23, Carlos Llavador 15-11 in the semi-finals but had to come from behind in the final period.  His trademark counter-attack edged him ahead before he became more offensive.

The British fencer started the final well, edging ahead before Foconi found his rhythm to level at 6-6 going into the final period.  The Italian’s confidence grew and he started mixing up his attacking arsenal with brilliantly timed counter actions.  In an effort to close the gap, with time running down in the third and final period, Kruse had to put the pressure on.  Foconi was ruthless and focussed in dealing with the rushed attacks and closed out the fight 15-8.

Speaking after the medal ceremony, Kruse said, “I thought I was very sharp today.  The draw wasn’t too bad for me and it was great to fence my team mate James Davis in the last 8.  I’m delighted to win GB’s first World Championships medal since 1965 and I hope it will inspire the next generation of British fencers.  I would like to thank Ziemek Wojciechowski my coach for all his hard work over the years. I would also like to thank my sponsors and British Fencing for their continued support.”

Former British fencing Olympian, now GBR Team Manager, Johnny Davis added, “It was a privilege to see Richard perform today and confirming to everyone once again what a world class athlete he is.  Richard is considered one of the best fencers in the world to have never won a World Championship medal.  That changed today. Today’s medal is the culmination of years of dedication and hard work from both Richard and his coach, Ziemek Wojciechowski and sets Richard up in a strong position for the start of the Olympic qualification period.”

Davis continued, “Since British Fencing lost their UK Sport funding post Rio 2016 it has been incredibly difficult for our athletes to be able to prepare for and compete at world level.  With Richard finishing second, and teammate James-Andrew Davis finishing in 8th place, it is a testament to the quality and resilience of our athletes that they can continue to perform and improve at this level.  They are all, in the main, self funded, paying for their own training, equipment, travel and hotel costs on top of their day-to-day living expenses.”

With congratulatory messages flooding into British Fencing Head Office, CEO Georgina Usher said, “This is an incredible end to an incredible season for Richard.  We have waited 53 years for a World Championship medal so this is a fantastic day for fencing in Britain.”

“Richard has been bringing international medals home for Britain for nearly two decades.  He has and continues to inspire fencers young and old across all parts of our community.  On behalf of British Fencing I would like to congratulate Richard on his historic result.”

British Fencing closed its World Class Programme in early 2017 after UK Sport withdrew funding for the Tokyo 2020 cycle.  Since then British Fencing has continued its search for corporate sponsors.  Usher went on to say, “The reality is that the future has never looked so bleak for our aspiring Olympic athletes as they compete on the international stage without a penny of public funding.  We continue to run our #fundfencing campaign to raise money to support these athletes as best we can with the resources that we have (https://mydonate.bt.com/events/fundfencing/467151).  To achieve their dreams our athletes need and deserve sponsorship.”

If you are interested in sponsoring British Fencing or any individual fencer please email [email protected]. 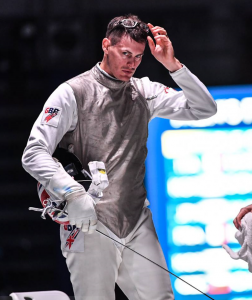 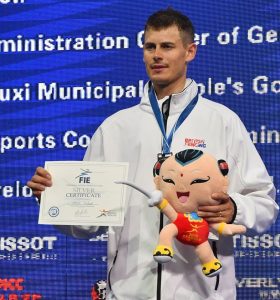 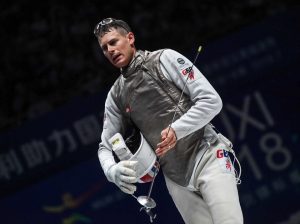