MGF NOMINATED FOR NATIONAL LOTTERY PROJECT OF THE YEAR

BF is delighted to announce that Muslim Girls Fence (MGF), our project with Maslaha, has been nominated for The National Lottery Awards Project of the Year. Voting is now open!

Muslim Girls Fence is a project collaboration between Maslaha and British Fencing which aims to facilitate spaces at a grassroots level for Muslim girls and women to challenge assumptions and narratives relating to their gender, racial, religious and other identities through both physical and creative methods. The project has been nominated for The National Lottery Awards Project of the Year, and voting is now open.

“I am ecstatic about being nominated and I feel like a winner already as our hard work and efforts are paying off. Kudos to the entire MGF team and our backbone British Fencing and Maslaha.”

You can cast your vote on social media using #NLAMuslimGirlsFence, or online here. Please remember to tag both Maslaha and Lottery.

In addition to the three social media platforms, you can also vote via the website here. 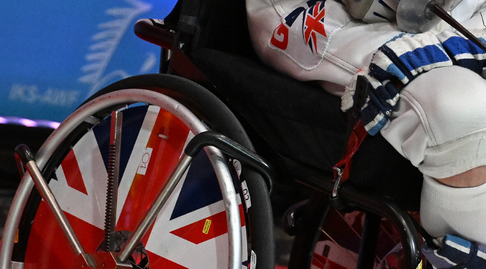