‘My Fencing World’ explores the world of British Fencing as told through the personal stories of people of all ages and abilities in our community. Here we meet Veteran Epeeist Catherine Bowd, one half of ‘Team Bowd’.

“When asked to write about my fencing life my first response (which was immediately quashed by Gillian Aghajan, then Chair of the BVF) was, “I’m not good enough”. I think this stems from hating PE in school, where I used every excuse in the book to avoid PE lessons. On reflection, and having talked with sports psychologist Rachael Newport, I realise it wasn’t that I hated sport, it was that I had a fear of not being good enough that prevented me from taking part. Now through fencing, I enjoy being physically active and especially competing, although my former insecurity does still rear its head at times!

My interest in fencing began many years ago when the comprehensive school I taught at held an ‘alternative sports’ day and fencing was one of the sports that was showcased. Unfortunately, the staff weren’t able to have a go! It wasn’t until I was well into my thirties and moved to Swansea that I saw an advert in my local paper for Swansea Fencing Club and I thought I’d give it a go, much to the amusement of friends and family who knew my lack of sporting prowess and co-ordination! Unlike my previous experiences of PE, I loved learning the skills of fencing and found I was able to do it and I was good enough. I enjoyed fencing foil and epee at club level doing local competitions for a few years before drifting away.

A few years later in 2013, I bumped into Gareth Law, one of the coaches and founders of Celtic Sword Fencing Club based in Swansea (of which I am now Chair) who encouraged me to come back to fencing. At that time the Welsh Veterans were holding their annual championships in Swansea so I popped in to have a look. I was immediately asked if I fenced and if so, was I eligible to fence for Welsh Veterans? The following year I focussed on epee and, with coaching from Gareth, I competed in the Veterans Celtic Challenge in Edinburgh and was honoured and proud to captain the women’s Epee Team at the Veterans Commonwealth Championships in Largs. During this year, my husband, having sat in numerous sports halls and regularly asked why he didn’t fence, decided to have a go and by week two of the six-week course was hooked. Three months later we were both asked to fence for Wales at the Veterans Winton Cup and so ‘Team Bowd’ was born. In 2016 we both won Gold at the Welsh Veterans Championships. Recently we were proud to be asked to fence in the Veterans GB team in a match against Germany and have competed in the European Individual Championships in Cognac. I love belonging to the Veterans fencing family, people are so friendly and supportive but fiercely competitive when the mask goes on. 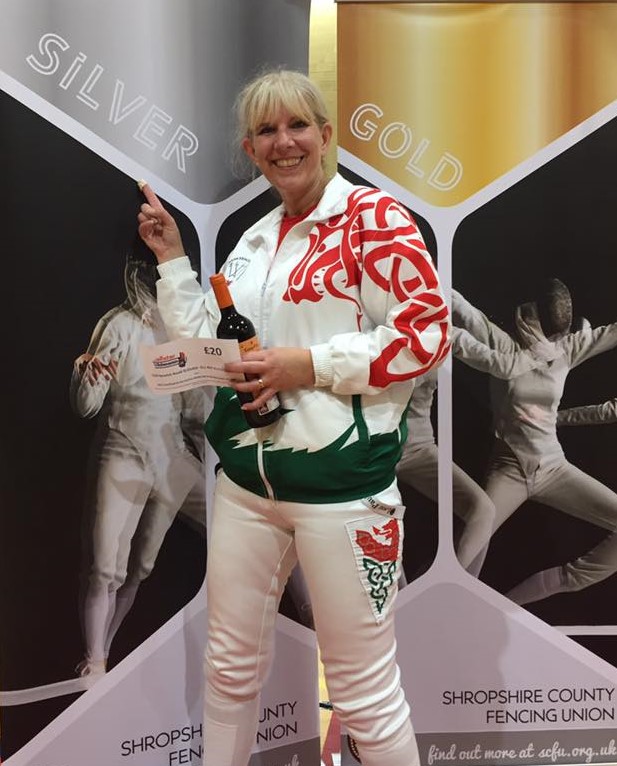 Two years ago Maxwell Rowe-Haynes joined Celtic Sword and agreed to coach me. I thoroughly enjoy the challenges Max sets during a session and push myself harder than I ever thought I could. This has resulted in successes at senior level that the PE hating pupil I was, would never have believed possible, including reaching the last eight of the Welsh Open, Silver in the Shropshire Open, Gold at the Wellington Open and being ranked 45 in Britain, all in the year I turned 50! 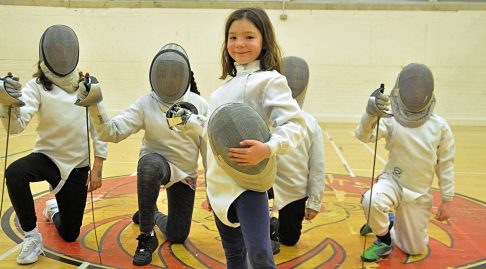 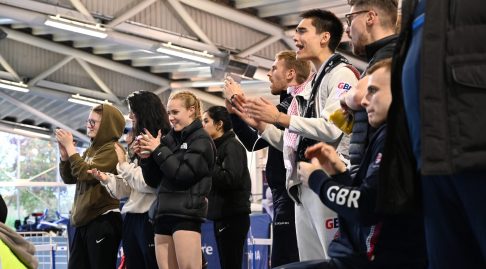