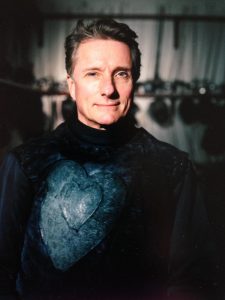 Epeeists the world over have been devastated by the news of the death of Steven Paul after a fall whilst on holiday with his family.

Steve was one of the UK’s best epeeists of the last 50 years and had epee fencing deep within his blood from the moment he was born in September 1954. His father was an Olympic fencer, his mother an Olympic medal winning sprinter and he was grandson to Leon Paul.

In his youth, he qualified as a Maitre D’Armes from the Institute National des Sport, Paris and was a graduate of the Ecole Nationale des Maîtres d’Armes from whence he went on to become the Assistant to the then UK National Coach, Bob Anderson.

As an individual epeeist, he shone on the international circuit where his speed, technique and tactical skills saw him competing at 8 World Championships and being selected for the 1980, 1984 and 1992 Olympic Games. He was the last British fencer to compete at two weapons at an Olympic Games when he fenced in the epee and foil team in Moscow in 1980. His titles included being three times British and Australian Epee Champion and a Gold and Bronze Commonwealth medallist. One of his proudest moments was carrying away the coveted gold medal at the prestigious Martini International ‘A’ grade in 1981 in a thrilling final against the Swiss champion Evequoz – the first British win since Bill Hoskyns in 1962.

His unbounded enthusiasm for the sport saw him taking up a variety of coaching appointments over the years including being coach to the Australian Pentathlon team at the Seoul Olympic Games and Lead Coach at various UK fencing salles including the renowned Lansdowne Club. Steve was one of the founders and President of one of the UK’s most successful Epee Clubs, Haverstock Fencing Club, where he brought his unique style, hard work and sense of fun most memorably to the legendary footwork and fitness sessions. He coached many of our leading world ranked epeeists amongst them Georgina Usher, our current CEO. In 2005, Steve helped found and became Chair and Head Coach of the Tunbridge Wells Fencing Club and was the driving force in growing the club and attracting many young children into the sport.

He was invited to become a member of the Epee Club in 1991 and was a popular figure at many of the Club competitions and dinners. A natural bon viveur and raconteur, Steve also worked in the film business doubling for Pierce Brosnan in the James Bond film ‘Die Another Day’ and training Orlando Bloom in preparation for ‘Pirates of the Caribbean’.

In 2015 Steve was diagnosed with Motor Neurone Disease. He responded to this with his typical indomitable fighting spirit and good humour, continuing to live his life as full as feasibly possible and refusing to allow the condition to define him. He reluctantly gave up coaching at the Lansdowne as his symptoms deteriorated, but he continued to direct proceedings and find ever more creative ways to help at his club in Tunbridge Wells and still found the energy to support the sport in his role as a BF Epee Selector.

His book on Epee Fencing published in 2012 remains a best seller and is a great tribute to his fencing experiences over the years. It demonstrates his ability to encourage fencers, both young and old, in not being afraid to push themselves to become the best.  His last words in that book are very much how he lived his own life:

“It is not enough to just believe in your dreams… you have to live them.”

Steven Paul did just that and that is his epitaph, written large.