TRAVELLING 1,500 MILES A MONTH….SPORTSAID ATHLETES BIDDING TO REACH THE TOP!

Great Britain’s future Olympians and Paralympians are travelling nearly 1,500 miles every single month to train and compete according to SportsAid’s annual athlete survey. The survey, delivered by Nunki Solutions, a leading partner of the charity, aims to highlight the commitment and dedication shown by the next generation of athletes – and their families – as they look to pursue their sporting ambitions. The questions asked covered a range of topics including finance, biggest challenges, key motivations and the importance of SportsAid.

The survey, revealed on the opening day of SportsAid Week 2019, shows that athletes travel 373 miles in a typical week to get to training and competitions. That’s a huge jump from the 207 miles recorded last year. The majority of athletes train twice a day with the most frequent time for sessions falling between 5pm and 9pm. As you’d expect, with the distance covered getting to and from venues, travel is the single greatest expenditure for athletes followed by money spent on accommodation.

The overall average spend for a SportsAid athlete annually has risen from £5,022 to £7,089 over the last decade. The charity supported 1,058 athletes, mostly aged between 12 and 18 years old, in 2018/19. Therefore, the Bank of Mum and Dad, British sport’s most loyal and longstanding ‘sponsor’, committed more than £8m to support their talented children throughout the last 12 months. 15% of athletes would have had to either give up their sport or consider doing so without SportsAid.

The findings from the survey, which can be found in full below, have been released to coincide with SportsAid Week. The fundraising drive is taking place for the fourth consecutive year and has generated close to £150,000 since 2016. The money raised helps the charity to provide crucial financial support, national recognition and personal development opportunities to the country’s most promising young athletes during the early stages of their careers. There’s still time to get involved!  (https://www.sportsaid.org.uk/about/sportsaid-week/sportsaid-week-2019/)

There was a total of 650 respondents – that’s a response rate of 62%. These athletes are the country’s brightest prospects. Each year, they are nominated to SportsAid by the national governing bodies of more than 60 sports. There was a near even gender split (49% male, 51% female) overall with a slight skew among disabled athletes (55% male, 45% female). 80% are non-disabled (520 athletes) and 20% disabled (130 athletes). 88% compete in an Olympic or Paralympic discipline.

100% of SportsAid athletes consider the award to be essential or helpful as it enables them to continue training and competing in their sport.

86% said the SportsAid award has relieved the financial pressure of their sport. 69% of athletes receive no other forms of financial backing.

Travel is the single greatest expenditure for 51% of SportsAid athletes – accommodation (11%) and equipment (11%) are the next biggest outlay.

72% feel costs are rising overall with 25% seeing no change. The remaining 3% believe their costs have fallen.

99% of athletes have spent part of their SportsAid award on travel with 83% also paying towards accommodation and equipment costs.

48% of athletes have used part of their SportsAid award towards paying for a specific piece of sporting equipment.

SportsAid athletes are going to great lengths as they bid to reach the top of their sport. They travel large distances to keep up with their sporting schedule – all while balancing this with an already hectic lifestyle. They usually train during the evening but many have early morning sessions too.

A SportsAid athlete travels 373 miles, on average, every week to get to training and competitions. That’s 1,492 miles each month – the same as driving from London to Gibraltar!

The majority of athletes train twice a day. The most frequent time is between 5pm and 9pm (80%). 28% do sessions early in the morning within the window of 5am and 9am. 11% train after 9pm.

On average, a SportsAid athlete covers 47 miles a week in training. That’s the equivalent of running from Brixton to Brighton! And an increase of 4 miles from last year.

67% find balancing all the different areas of their lives as their biggest challenge. Money is an area of concern for 48%. 29% feel it is dealing with performance pressures.

The key motivation for SportsAid athletes is the opportunity to compete internationally at the highest level. They see their family, as well as witnessing the success of other athletes, as the main driving forces behind why they took up their sport. Nearly half of disabled athletes are aiming to reach the Tokyo 2020 Paralympic Games with the inspiration gained from London 2012 still front of mind.

37% of SportsAid athletes revealed their family acted as the single biggest inspiration when taking up their sport. 18% said it was seeing the success of other athletes. 13% saw it as their coach.

22% of disabled athletes said the London 2012 Olympic and Paralympic Games was their single biggest inspiration compared to 5% non-disabled.

41% say competing at the highest level internationally is what continues to motivate them. 21% feel enjoyment is the major factor. The success athletes have had so far in sport is the reason for 8%.

Over half of SportsAid athletes are pushing for the Paris 2024 Olympic and Paralympics – 55% seeing this as a key target for the future. 42% of disabled athletes are aiming for Tokyo.

IMPORTANCE OF THE SPORTSAID AWARD

SportsAid athletes have felt the impact of the charity’s backing. The finance and recognition from SportsAid has given them a motivational boost while supporting them in reaching their targets. For many, it has enabled them to train and compete more often as they look to progress further.

98% said the SportsAid award they received motivates them. 97% revealed it has helped them to achieve their goals. 100% feel SportsAid support is either helpful or essential.

77% feel SportsAid support is helping them progress. 66% revealed they would not have been able to train and compete as much without SportsAid.

Receiving a SportsAid award has seen 51% of athletes able to focus more on their sport. 46% have improved their ranking with the charity’s support.

What will you do to #SupportTheNext generation of British sporting heroes? SportsAid needs your help to ensure talented young athletes can continue receiving the backing they rely on. You can make a regular donation to the charity and have a significant impact on the country’s sporting future (https://www.sportsaid.org.uk/get-involved/make-a-donation/). 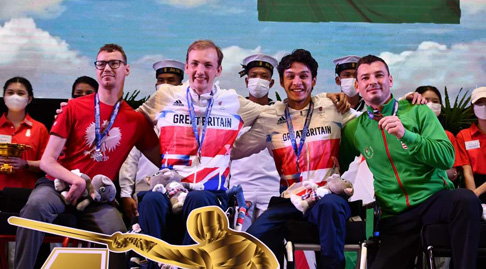 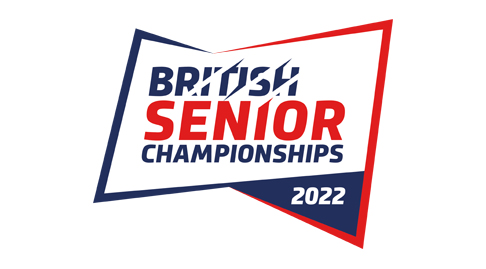 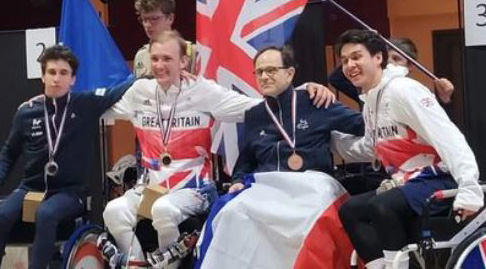