Great Britain’s first visit to South Korea since 1988 resulted in an impressive medal haul. Piers Gilliver and Dimitri Coutya came home with two medals each from the individual competitions, and then together with Oliver Lam-Watson and Mat Campbell-Hill secured a bronze medal in the men’s team epee event.

Day one saw Piers (epee) and Dimitri (foil) fencing their favoured weapons.. After the poules Piers was ranked 7 in the tableau of 64, had a bye to the L32 where he met and beat Souza of Brazil 15-4. In the  L16 he met the Italian, Matteo Betti, and beat him 15-8. The quarter finals produced a showdown with his old nemesis, Shaburov of Russia. Piers won the battle comfortably, 15-10. In the semi finals Piers met the new Chinese fencer, Zhong and won 15-12, to set up a final against another very good Russian, Artur Yusupov. In the early stages the match went a point to each until the score was 8-8, then Piers moved up a gear and scored 5 unanswered points, and finished out the match 15-9, taking the World Championship title for the first time, and on his birthday to boot! 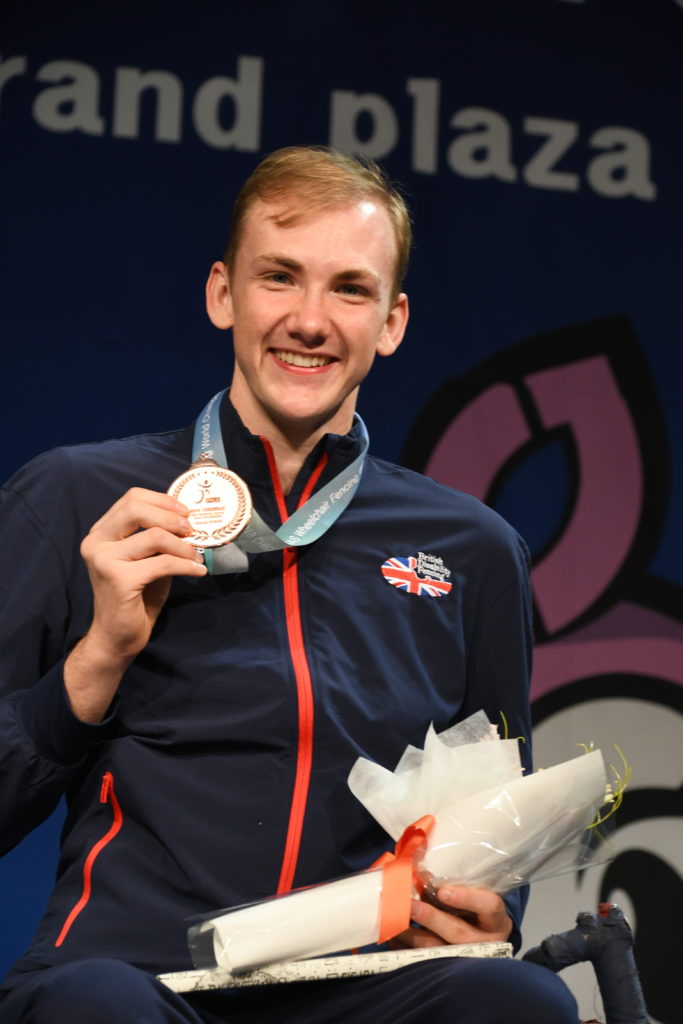 In the meantime Dimitri was doing his own storming. Ranked 4th in the tableau of 32 he had a bye to the L16 where he met the Polish fencer, Castro, and beat him 15-0. L8 he beat Naumenko 15-8, and in the semi final he beat the very good Chinese fencer Daoliang Hu 15-10, to set up a final with the other very good Chinese fencer, Feng. Dimitri went behind early on but managed to claw his way back to 12-12, only for Feng to score the last 3 points quickly and take the title 15-12. 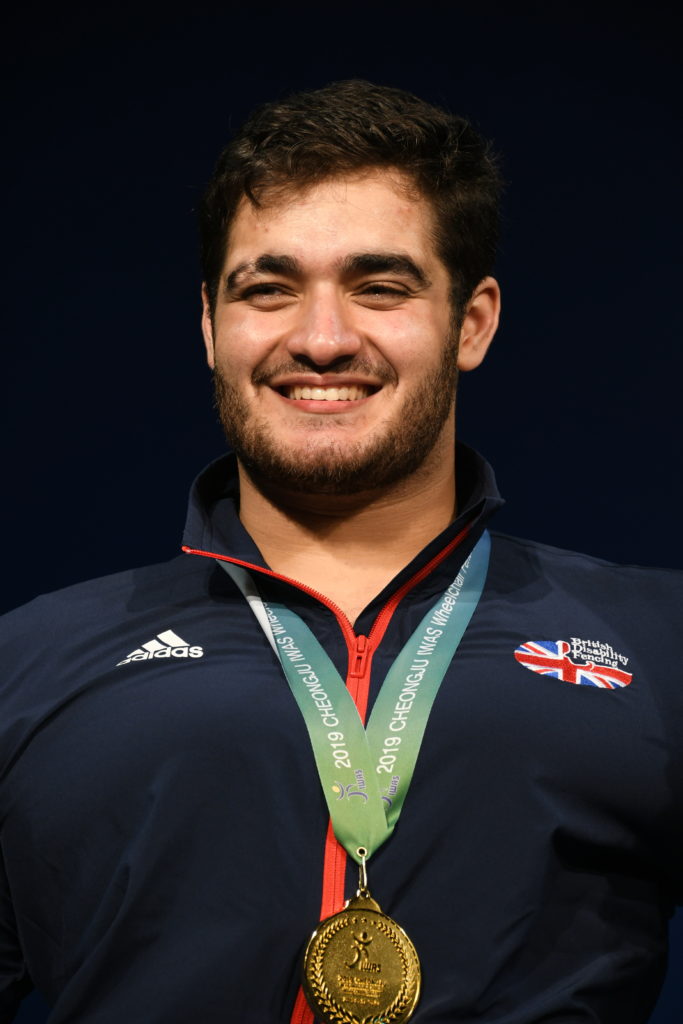 There were some notable performances from other British fencers. In the men’s Cat A epee Oliver Lam Watson lost to Maurice Schmidt of Germany 15-8 in the L32. Josh Waddell had a good poule round to get a bye to the L32 but then came up against  Al Madkhoorhi of Iraq.In the Cat A women’s foil Gemma Collis McCann beat Hajmasi in the poules. In the L32 Gemma was narrowly beaten 15-13 by Maya of Russia.

In the Cat B epee L32 Justine Moore beat Gyongi Dani of Hungary 15-10. In the Cat A sabre Mat Campbell-Hill fenced well in his poule and was ranked 21 in the tableau of 64.

In the Cat A women’s epee Gemma was ranked 26 after poules, and beat Kim of Korea 15-11 in her L32 match. In the Cat A men’s foil Oliver fenced well in the poules, and was ranked 31 in the tableau of 64. He beat Hebert of Canada 15-7. Oliver was having to fence with a heavily bandaged head after he had a fall and cut his head open.

Great Britain fielded a foil team in the first of the team events. The first match was against Japan which GB won comfortably 45-23. Next up was Russia. GB fenced with great purpose and led half way through, but Fedyaev and Yusupov made life difficult for our fencers in the middle section of the match and Russia won 45-41. The third match was against old adversary, France. France were out of the blocks very quickly and raced to a 10-3, 20-12 and 30-18 lead, before the British fencers woke up. But in the latter stages, 11 points by Oliver followed by 11 points by Piers, turned the tables around and Dimitri finished things off to give GB a victory 45-44. The last match was against Ukraine. This was very close to begin with and the lead changed hands several times, but GB dominated the last three bouts to win 45-30 and finish in 5th place.

The final day of fencing saw GB field an epee team. Ranked 13 at the start their first match was against Korea.  GB dominated the match to win 45-32. Next up was Iraq, ranked 4 with strength in depth. Iraq led throughout but GB hung in there and managed to stay within a few points of them. The penultimate match finished 40-35 in favour of Iraq, but a storming last leg by Piers saw out the match 45-44 in favour of GB. In the semi final GB met Russia, the number 1 team.  The match was very similar to the previous one with Iraq. Russia led throughout, but GB were just a couple of points behind. The penultimate bout finished 40-35, but this time Piers couldn’t make up the difference and Russia won 45-37. In the bronze medal play-off GB fenced Italy. Italy led in the early stages but in the middle section Piers and Dimitri tore the Italians to bits. Ollie joined in the torture and Piers finished them off 45-33. So GB won their fifth medal of the Championships. An amazing achievement! 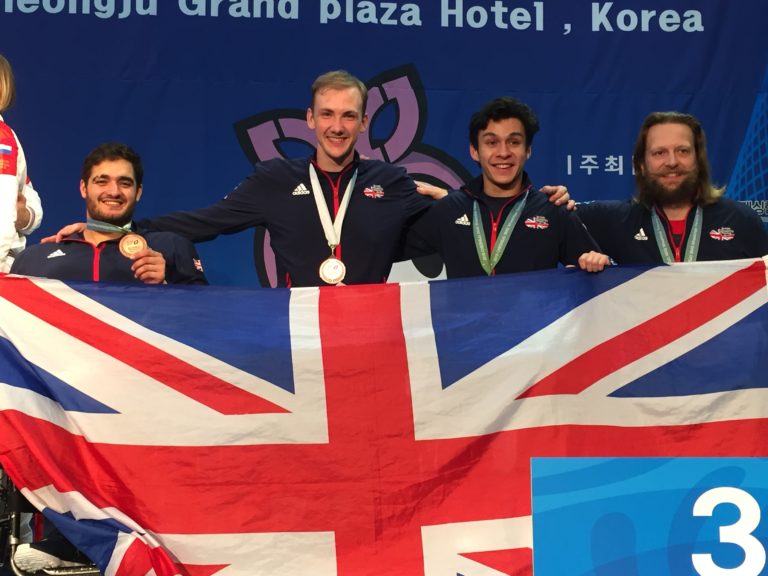