This week’s recommendation is an episode of The Tennis Podcast about the long and extraordinary journey to equal pay money at Wimbledon.

Listen here or by clicking play below:

Why did you recommend this podcast?

“As a tennis obsessive I’ve been knee-deep in following the build-up, play and aftermath of Wimbledon, supplementing the BBC coverage by listening to The Tennis Podcast. I’ve inhaled all of their daily pods during the tournament, but I’ve also been dipping into their archive of Tennis Re-Lived shows which look back on tournaments past. While it’s been a delight to learn more about the legendary Borg-McEnroe final and re-live Andy Murray’s 2013 triumph, the episode that has really stayed with me is this one from a year ago: The Journey to Equal Prize Money.

“The episode highlights the forty year struggle to achieve equal prize money at Wimbledon. At the first tournament where prize money was award in 1968, Rod Laver took home £2,000 for winning the men’s singles, while Billie Jean King was awarded £750 for triumphing in the women’s singles. Through interviews with King and former WTA CEO Larry Scott, the episode shows the sheer amount of work it took for equal pay to finally be instituted in 2007, when Venus Williams and Roger Federer picked up the same paycheque to go with their trophies.

“It’s an inspiring, if occasionally frustrating listen. It’s a reminder of how far sport has come in the last half century, but also how far it has to go. While all of the Grand Slam tennis tournaments have achieved pay parity, this is not true across the board. During May’s Italian Open in Rome, Novak Djokovic took home €836k for winning the men’s singles. For achieving the same in the women’s singles, Iga Świątek won €332k. For the stats fans among you, that’s just a 2.5% increase on Billie Jean King’s payout 54 years earlier.”

Every week a member of the BF Team will recommend a podcast. The subject matter will vary (but will be related to sport!) so we hope that over the weeks there will be something for all our members, no matter where their interest or involvement in fencing lies. 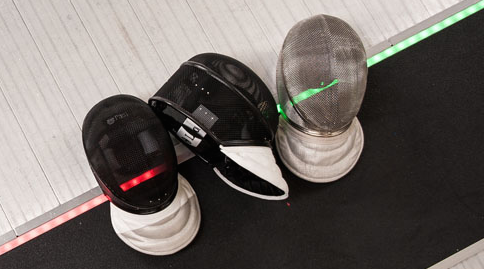