Wynford was born in the Swansea valley and moved to Swansea where he pursued his fencing career.

He established the Swansea School of Fencing in 1957, and also gave private lessons at his home.  He had a concrete strip in the front garden and a large room indoors when the weather was inclement.

Fencing was Wynford’s passion.  He dedicated his life to coaching and inspiring youngsters to enjoy the sport and achieve a high standard.

Wynford specialised in all three weapons, foil, épée and sabre.
He produced club members who have represented Wales and Great Britain, a testament to the great man who had tirelessly given so much to so many.
Respected on the fencing scene near and far by fencers young and old.

After retirement from his nursing career at British Steel, he was able to spend more time fencing at his own level, subsequently taking part in Welsh and British Veterans competitions.

Even at the grand age of 87, he would put his students through their paces during training on club nights, wearing them out one by one with his vigorous coaching and training, and he was as fit as a fiddle and a force to be reckoned with. Take him for granted or let your guard down for a split second and he would hit you before you saw it coming.
It just goes to show how good a healthy life of fencing kept him fit and active.

Swansea Fencing Club is still active and thriving with a strong membership, and we all appreciate the part that Wynford has played in this.

It is a very sad day for all who knew him, and our thoughts and condolences go to his family – Wynford will be greatly missed. 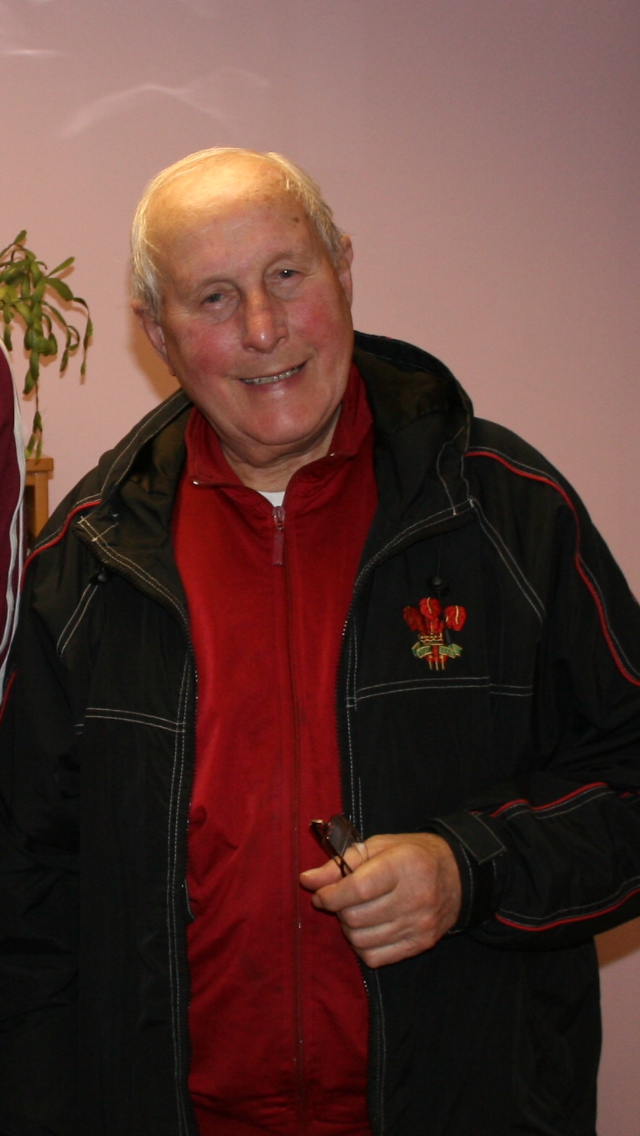