The British Fencing Board announces the Annual General Meeting & Forum will be held on Saturday 9th October, 2021, 09.30am, to be held on Zoom.

The Annual Report and Accounts have been published here on our website.

Details of the proposed Independent and Appointed Directors can be found below.

Paul Abrahams, in his capacity as Chair of the Board’s subcommittee for Audit, Governance & Risk, will take members through the accounts and finances and respond to your questions.

Questions should be submitted in advance using the registration form here.

The formal notice of the Meeting and resolutions to be proposed are set out here. If you wish to attend the AGM online please complete the registration form here and you will be sent a link and access details nearer the time.

If you would like to vote on the resolution but cannot attend the meeting, you can appoint another person as your proxy to exercise all or any of your rights to attend, vote and speak at the Meeting but you must complete the proxy form (attached to the registration form here) .

I hope you are able to attend the Annual General Meeting and look forward to your continued involvement in, and enjoyment of, our sport.

The Board will seek your approval of the appointment of Jochen Losch as an Independent Director for a term of four years with effect from the date of the Meeting.

Jochen is a German and Brazilian citizen and a fully trained lawyer with a Doctorate in Law. He has spent 24 years in the sports industry, including leading major sports marketing corporations in Germany, Brazil and the UK. Since 2017, he has run his own boutique sports business consultancy from London, focused on the commercialisation of media rights to sport events, and the support of investors looking for stakes in sports entities. Jochen also sits on the advisory board of HYPE Sports Innovation, the world’s leading sports-tech accelerator, training hundreds of start-ups, enabling them to pitch to investors, as well as providing them with pilots with a wide range of commercial partners.

The Board will also seek your approval of the appointment of Francis Wilkinson as an Appointed Director for a term of four years with effect from the date of the Meeting.

Francis is a CIMA qualified accountant, with 20 years of post-qualified experience.  He has worked in large corporates and SME’s and has lived and worked in the UK and USA.  He is currently Finance Director for a specialist Tour Operator.

Francis is also a foilist who began fencing aged 18.  He fenced in the University of Surrey team and was chair of the Fencing Club in his final year.  While living in the USA he regularly competed in club competitions around the state.  He has recently restarted fencing after a few years’ break.

The Board will introduce Mary Cohen who joins the Board following this AGM as a result of the recent elections.

Mary joins the board after 19 years of fencing internationally for GBR, at Cadet, Junior and Senior levels. She has been ranked 1 at each age-group, 3 times British Individual Champion, Commonwealth individual medallist and team champion, and French N1 team Champion after fencing with her Beauvais club for many years.

Mary is a Paediatric doctor in the North West (Mersey) region, and specifically works on Safeguarding children in her day job.

She has been a member of the European Fencing Confederation Medical Commission for the past 3 years, including overseeing the medical provision and anti-doping at the 2019 Senior Europeans. She is also starting to work as a UK anti-doping educator.

Mary is a volunteer mentor for the True Athlete Project, as well as being on their Diversity and Inclusivity subcommittee. She is passionate about mental well-being, especially in children and young people. 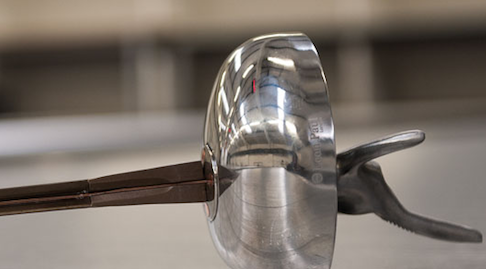