Update from British Fencing Board – June 2020

Chair of BF Mark Lyttle updated members via email on July 6th, 2020, after the virtual board meeting held in June 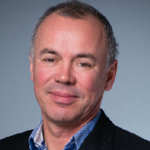 I know this is an unprecedented time for many members both from a personal viewpoint and in terms of fencing activities, club operations and competitions. British Fencing (BF) has been working hard on your behalf during this period and you will see the result of some of this in the various communications on our website.

The BF Board met virtually on 23rd June and this email gives you an update on our discussion. We reviewed each area of British Fencing with our CEO, Georgina Usher, and her team. As the sport and BF are not operating in a “normal manner”, the focus was broad coverage of all aspects, providing input and direction and understanding issues and concerns.

Overall, the BF team has worked hard to engage with our stakeholders, including Sport England and UK Sport, and lobby on behalf of the fencing community/fencing. The website and social media channels have been used to provide information and online resources. Seven virtual community events have been run to date for the fencing community including fencers, clubs, coaches and welfare officers and these appear to have been well received. The Home Nations and BF have formed a Return to Fencing Working Group and the output of these discussions are published on the website. Plans for international events have not yet been announced by FIE.

Our revised budget for 2020/21 (which was approved at an ad hoc Board meeting) shows a budgeted deficit of around £90,000 because of expected reduced membership income and reduced commercial revenues. It planned on BF events being delayed to later in the year and assumed that income from UK Sport and Sport England would be sustained. So far that revised budget has held up although it is early in the year. Financial performance in the first two months has been slightly better than expected but it is also true that the recovery may be slower than expected. We agreed to monitor the budget closely and have another AGRC meeting in July. At that meeting, we will review membership figures in detail. Overall, we are utilising some of our reserves with a conservative (revised) budget, with which we are on track but monitoring closely. We are expecting confirmation that we will receive continued Sport England funding for 21/22.

Our revised budget for Commercial shows a significant drop in surplus to around £40,000 (from £67,000 in 19/20) but this is also highly dependent on a significant increase in revenue in the second half of the financial year (Oct to Mar) so we will have to watch this closely. The team are cautiously optimistic about sales of new Primary School Resource Pack later this year and have also started working on an online version of the Core Coach product.

This is a tale of two halves. Muslim Girls Fence and Scouts have embraced online programmes and interaction and these programmes have sustained themselves well thanks to the hard work of the BF team in creating online resources. However, it has been much harder for London Youth and Higher Education. We have refined our proposition around Sport for Social Change and identified a number of sources of potential funding to apply for which would allow us to extend programmes in social impact (especially in Youth) and cover some core costs.

The team have done considerable work bringing our Sport England funded programme online and virtual in running camps (2nd one was held on July 11-12) and providing resources and there is considerable support for this in the ADP community. Work has also been done on integrating/expanding the ADP into the Senior Performance space which will underpin our investment case to UK Sport for the Paris cycle and beyond.

A key concern raised was how we can better support young adults on our programme at this time when there is no fencing (especially those transitioning from school).

We noted in the recent BF announcement that the only BF event provisionally scheduled for 2020 was the Senior Nationals in December but this would only be confirmed in due course depending on government announcement, probably in early Sept. No ranking events are currently scheduled. A priority for Georgina is to determine what types of events to encourage and support in the autumn with the objective getting as many back fencing as quickly as possible. We also agreed to review the financial impact of the current event schedule in the July AGRC.

Significant efforts have been made to prepare online versions of our courses.

The Board noted the considerable financial impact that the crisis was having on many coaches and work done by the BF team to support to the extent that we could.

Consultants for the Regional Review (funded by Sport England) have been appointed and should start work shortly. Several initiatives for members were noted and supported including the Virtual Club Sessions and #ITriedFencing. Slide on community discussions was also noted. We agreed it would be good to build on the positive momentum all these have created.

The Board also noted that some clubs would be struggling financially, and we may come out of the crisis with fewer clubs.

The Board noted the significant efforts by the BF team to engage with the fencing community and stakeholders as mentioned above in CEO update and Chair thanked them for their efforts, recognising the difficulties faced by BF staff and community alike.

We discussed BF’s response to Black Lives Matter and noted the announcements made, which were considered appropriate. A “listening” event is scheduled with our CEO and Senior Independent Director.

The Board received an update from the CEO on progress against the Safeguarding plan and the positive results of the recent CPSU review.

The Board agreed in principle to a virtual AGM subject to review of our Articles.